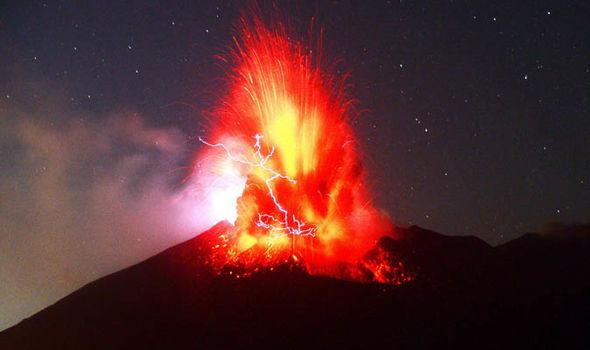 Sakurajima, Japan The volcano erupted violently, and the scene was black and smoke, and the fire was shining. (“Daily Express”)

Overseas Network November 15th, local time on the 14th local time at 12:45, the Sakurajima volcano in the city of Hosui, Kagoshima, Japan, violently erupted, black smoke The rolling, the fire is shining, the scene is very spectacular. 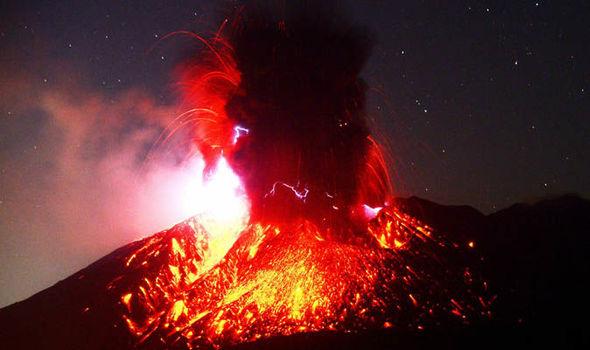 A large amount of magma pours out and quickly engulfs the top of the mountain.

According to the British “Daily Express” report, the photo captures an amazing scene of a volcanic eruption. When the volcano erupted, a huge black smoke group instantly rushed into the atmosphere, and a large amount of magma poured out. The Sakurajima Mountain, which is more than 1,400 meters high, was swallowed by lava in an instant. What is even more shocking is that a flash of lightning hit the top of the mountain during the volcanic eruption, and the smoke was shining and the sky was shining. According to reports, after the volcanic eruption, the smoke spreads continuously, the height has exceeded 4,000 meters, or the air environment of the surrounding islands is polluted.

A lightning strike hit the top of the mountain, and the scene was spectacular.

It is understood that there are more than 600,000 people living around the volcano. Due to the fierce volcanic eruption, the Japan Meteorological Agency raised the alert level to level 5, requiring local residents not to get close to the volcano and accelerate the evacuation of the area. Sakurajima is approximately 1377 kilometers from Tokyo, the capital of Japan.

Japan is located on the Pacific Rim volcanic belt and is one of the most volcanic and seismically active countries in the world. There are more than 110 active volcanoes in Japan, of which 47 are monitored around the clock. (Overseas website Wei Xueyu)