China News Service, Paris, November 6 (Reporter Li Yang) The collapse of the building on the 5th in the city center of Marseille in the southern French city, the local official confirmed on the 6th that at least four people have been killed and many people are still missing. 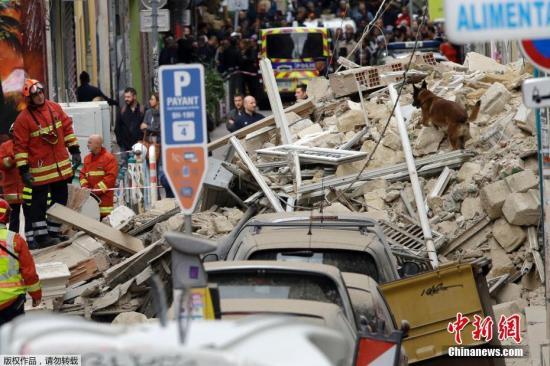 On November 5, local time, a building in Marseille, France collapsed.

According to AFP and other media reports, Marseille officials revealed on the 6th that rescuers cleared the remains of four victims from the collapsed building ruins that day. The body of the 4th victim who was newly cleared was a woman. The on-site rescue work is still in progress, and hundreds of rescuers are carefully scrutinizing the ruins, hoping to find survivors. However, due to the collapse of the building, the ruins generated on the scene are very large, and the cleaning is not difficult.

French President Mark Long said he was aware of the incident and said that the country would be Marseilles “unity”. French Interior Minister Kastane inspected the scene and told the media that there are still hopes for survivors, and firefighters and other rescuers are working hard to do so. Castane said earlier that there might be 8 people in the building and two pedestrians missing.